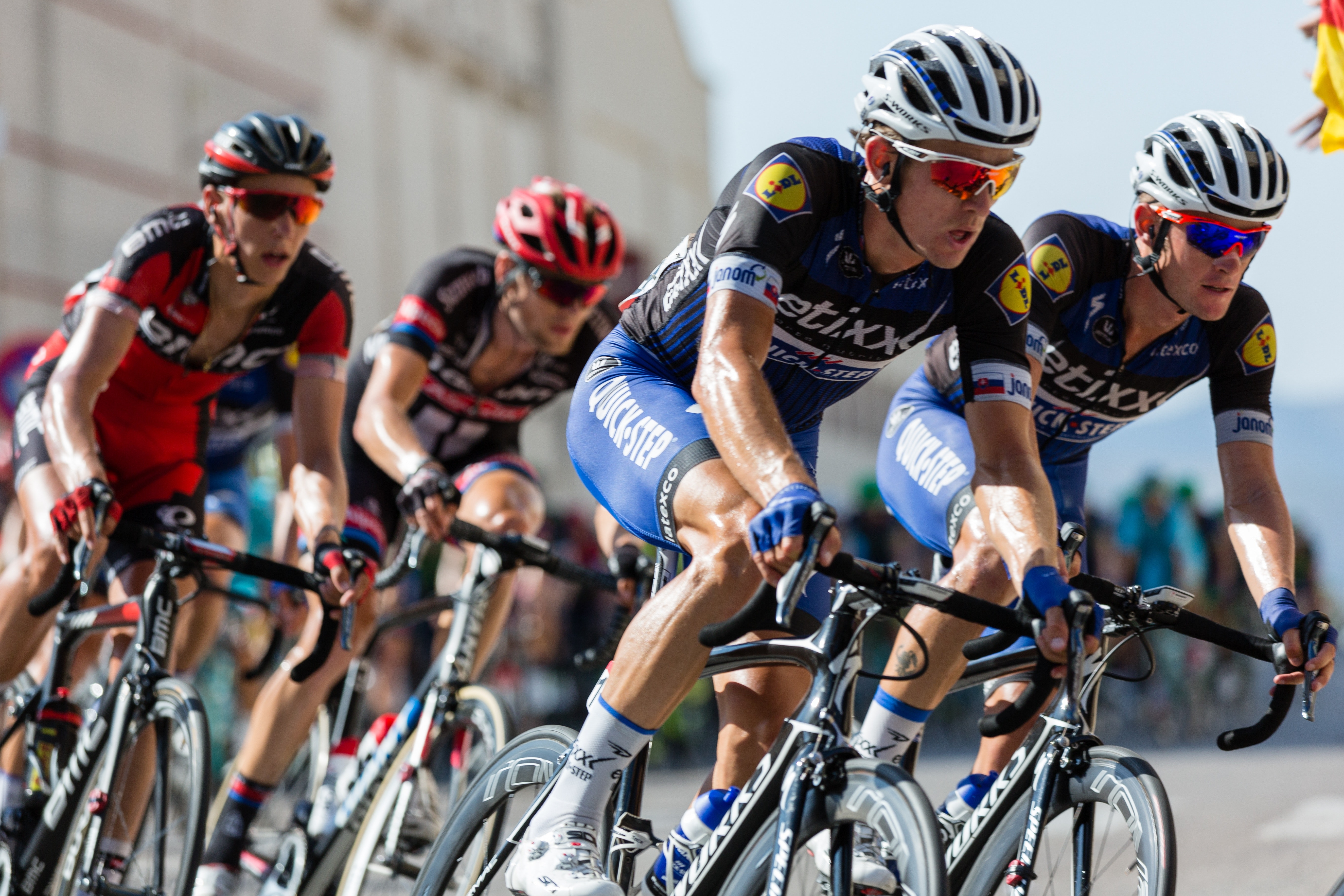 The Champions League, Olympic Games, the Tour de France, Wimbledon... There are so many sports events you can communicate on! During these moments, fans are particularly engaged. Organising a giveaway can be a good strategy.

It is not just sports organisations, clubs or equipment suppliers that can organise competitions on key sports dates. Whether you are a make-up brand, a clothing brand or a bank, for example, you can express yourself.

Are you new to this niche and don't have any ideas for sports competitions? We are here for you! 🤗

The Olympic Games: an event that cannot be ignored

Let's start with the obvious: the Olympic Games 🥇

This international event will take place for this edition in Tokyo. Originally scheduled for 2020, the Games have been shifted to the end of July 2021 due to the Covid-19 crisis. And don't forget, the next edition in 2024 will take place in Paris. An event not to be missed!

In any case, every brand has the right to communicate to support a team. It is also the ideal opportunity to organise a giveaway!

GIVEAWAY IDEAS FOR THE OLYMPICS:

📸 A photo contest: show your support for the athletes by taking a selfie with a filter in your favourite team colours.

🧐 A quiz: questions about the history of the Olympics and the different sports represented.

📹 A video contest: the athletes challenge the internet users with a sports challenge.

The Olympics organised a video contest with Jo-Wilfried Tsonga. The player challenged his fans on Instagram to make a 30-second video of them doing their best juggling. The prize? A privileged training session with him.

The aim is to promote this platform and to increase the community of the 2024 Games. Here, they have put forward hurdle jumping with a racing game where you have to collect the jerseys and avoid the hurdles and puddles. With each game played, the participant accumulates points on their Paris 2024 account.

⚽ A throwing game: score goals while avoiding the goalie.

🤔 A personality test: which football player are you?

🃏 A memory game: find the pairs with the players' pictures.

Crédit Agricole (a French Bank) invited French Supporters during the FIFA Women's World Cup. To do so, they organised a competition with several mini-games including a quiz and a memory game. Participants could win tickets for the opening match.

The campaign was a real success. The participation rate was 2.4x higher than a traditional campaign and the engagement rate was 86%.

RMC Sport has launched a campaign for the Champions League. The channel organised a competition to win PS5s.

To promote the giveaway, they shared the link with the viewers during the half-time show.

By collecting data, they were able to better qualify their audience. They also built loyalty among their audience by rewarding them with this competition.

When it comes to rugby, there is of course the Six Nations tournament and the men's and women's European championships, but there are obviously others!

🏉 A throwing game: score as many tries as possible.

❤️ A swipe poll: vote for your favourite players.

🤨 A prediction contest: what will be the final score?

The "Racing 92" rugby club launched a prediction contest to engage and retain its community.

Based on a quiz with fill-in-the-blank text, they let participants give their predictions. Participants who answered correctly were then entered into a sweepstake to win an autographed club shirt and tickets to Racing 92 matches.

Here, SF Paris organised a video competition. Arthur Coville, a player of the club, challenged the fans with a juggling contest. The principle is simple: one video, 30 seconds, a maximum of juggles. The participant with the most likes could win an autographed jersey and numerous merchandising products.

Tennis is a sport with many events throughout the year: the Australian Open in February, the French Open in May, Wimbledon in June and the US Open in August.

📹 A video contest: make as many smashes as possible

🎾 A quiz: the history of tennis and its greatest players

👕 A photo contest: the most beautiful tennis shoes.

During the French Open, a famous French TV channel decided to create an internal contest to win tickets for the final and build loyalty among their employees. To take part, all you had to do was make a prediction about the winner of the tournament using a swipe poll and wait for the result of the draw.

Cycling doesn't leave us wanting for anything else and also offers us numerous events throughout the year such as Paris-Nice, the Tour of Flanders, Paris-Roubaix, the Tour of Italy, the Tour de France or the Tour of Spain.

🚴A racing game: ride up the pass with the cyclists.

📸A photo competition: the most beautiful bike.

🚲 A draw with a purchase obligation: buy and try to get your money back.

On the occasion of the Tour de France, Antargaz organised a photo competition to increase the engagement of their community and benefit from User Generated Content.

The challenge to participants? Share a photo on the theme of fighting spirit to illustrate values such as daring or surpassing oneself. A great idea to show your support for cyclists. The participants with the most votes could win a bike and Tour de France kits.

Antargaz also ran another campaign during the Paris-Nice race with many Smartboxes to be won. And it is with a racing game that they decided to engage their community!

There are many sailing races and regattas in the world. We can mention the Vendée Globe, the Volvo Ocean Race, the Route du Rhum, the Solitaire du Figaro, the Admiral's Cup and many others.

⛵A racing game: brave the waves.

On the occasion of the Vendée - Arctique - Les Sables d'Olonne race, the WEB Stratégies agency created a loyalty campaign around the skipper Clarisse Crémer, sponsored by Banque Populaire. For this competition, they designed a racing game where the participant takes the place of the skipper.

And the results of the campaign were very satisfactory: With a participation rate of 74%, the agency was able to multiply by 3 the collection of opt-ins for the newsletter compared to a traditional campaign.

Formula 1 races take place all over the world throughout the year: the Monaco GP, Spain, Australia, Singapore, Saudi Arabia...

🧐A quiz: everything about racing cars.

For the ABB FIA Formula E World Championship, the Michelin brand wanted to create a competition to engage and convert participants.

Launched in four languages, all that was required was to achieve the highest score in a racing game. The leaderboard was updated every day to encourage players to return several times. Prizes to be won included tyres and shopping vouchers.

You're ready to organise a competition around a sporting event. Do you want to engage your community around another sport and are short of ideas? Would you like to discuss your next campaign with us? Contact us! ☎️ 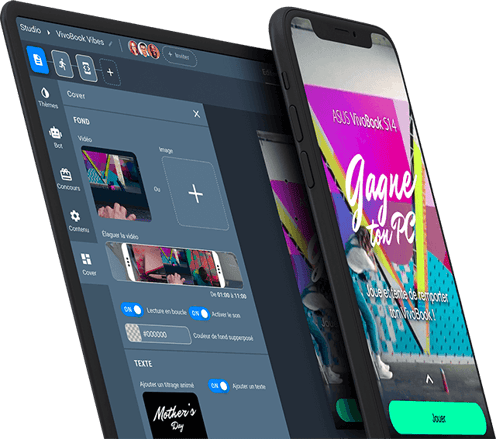